The dating app ‘Bumble’ was contacted by the police in relation to the investigation because Aaftab is said to have met several women there.

Acc to Delhi Police, the woman Aaftab Amin Poonawala invited while keeping pieces of Shraddha Walkar’s body in his refrigerator is a doctor by profession. The same platform where he first met Shraddha, the mobile dating app ‘Bumble’, is also how he met this woman.

According to a report by NDTV, the woman is a psychologist, and has been contacted by the Delhi Police.

The dating app ‘Bumble’ was contacted by the police in relation to the investigation because Aaftab is said to have met several women there.

Earlier, Delhi Police had written to US headquartered Bumble, seeking details of the profile of Aaftab. Meanwhile, Special Commissioner of Police (Law and Order), Sagar Preet Hooda, said on Saturday that they are yet to receive the DNA test report in connection with the case.

Earlier, forensic teams had found blood stains from the bathroom of the rented accommodation in Chattarpur which Aaftab shared with Shraddha. The recovery was made by teams from the Central Forensic Science Laboratory (CFSL) and Delhi Police.

“The blood stains were found between the tiles. He (Aaftab) has already confessed that he cut her body in the bathroom after keeping it under a running shower. The blood samples have been sent for examination,” sources said.

Earlier, blood stains were also found in the kitchen. Aaftab was sent to 14-day judicial custody by a Delhi court on Saturday.

Meanwhile, a narco test on Aaftab Amin Poonawala is likely to be conducted on 28 November, according to ANI.

In a narcoanalysis test, a drug — sodium pentothal — is injected into a subject to place them in a ‘hypnotic state’. It is assumed that the imagination of the accused is neutralised and that the person would then divulge information that they believe is true according to their knowledge

The Delhi Police had earlier informed that the DNA test report of the victim’s body has not been received by the police.

Earlier on Friday, the Delhi Police confirmed that the polygraph test of Aaftab could not be conducted. 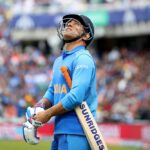 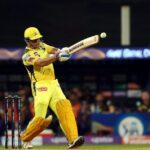